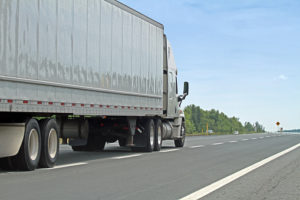 Truck accidents are all too common in Texas and throughout the country, as semi-truck statistics readily demonstrate. If you were injured in a truck accident in El Paso or elsewhere in Texas that was not your fault, you could be entitled to financial compensation.

The Numbers Tell a Story

You may be surprised to learn how many semi truck accidents per year happen on U.S. and Texas roadways. Here is what the numbers tell us:

Nearly 5,000 people die in large-truck accidents each year, according to the National Highway Traffic Safety Administration (NHTSA). During a recent year:

According to the Texas Department of Transportation (TxDOT), fatal crashes in Texas in a recent year involved:

Common Reasons for a Truck Wreck

Truck accidents are typically the result of negligence on the part of the truck driver, trucking company, cargo loaders, or another party. It’s not uncommon for multiple parties to be held liable in a truck accident. Some of the most common causes of truck accidents in Texas include:

Why Truck Accidents Are So Dangerous