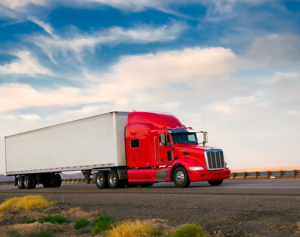 Because semi-trucks and other commercial vehicles are large, heavy, and require special skill to operate, any level of impairment can result in disaster.

Given that alcohol and drug abuse are a major cause of truck accidents, it’s no wonder the Federal Motor Carrier Safety Administration (FMCSA) created a nationwide database to track cases of truck drivers being cited for failing a drug or alcohol test. The database has been in use for a little more than a year, and the results are staggering.

More than 56,000 Drug and Alcohol Violations Were Recorded Last Year

A recent report by Transport Topics explained there were more than 56,000 recorded violations for drug and alcohol use among truck drivers in 2020. In particular, there was a surge in the final two months of 2020, with more than 10,000 violations being recorded during that time period.

The report includes drivers who tested positive for drugs or alcohol in their system. It also included those who refused to take a test when asked or were suspected of cheating on a test. More than 1.6 million truck drivers and 197,000 employers registered for the database in 2020.

With an estimated 5.1 million truck drivers under FMCSA authority, 56,000 violations represent about one percent of all truckers on the roads.

The Problems They Are Encountering

While the FMCSA database is designed to prevent truck drivers from switching employers after a failed test, some in the industry have voiced concern about some aspects of the program. Of the 45,000 drivers who lost their jobs after a failed test, 34,000 of them have not completed the required return-to-work process.

Dave Osiecki, president of Scopelitis Transportation Consulting, said the low number of drivers returning to work after recording a violation shows that many drivers are leaving the industry. This is an issue at a time when the U.S. faces a shortage of truck drivers with a pandemic still raging.

While there were 1,203 recorded violations for drivers abusing alcohol, the vast majority of the violations were due to drug use. Some of the most commonly abused drugs that caused drivers to fail a test include:

How Michael Gopin Can Help You

Truck accident claims are complex and can be challenging to navigate if you’ve been injured. There are likely multiple parties who are liable for your injuries, and there’s usually more at stake because truck accidents tend to result in severe injuries.

Michael Gopin and his team can help identify all the liable parties in a crash, investigate if driver violations caused the collision, handle all the settlement negotiations, take care of all your paperwork and communications needs, and represent you in court if necessary. We have more than 30 years of combined legal experience, so we know what it takes to win these battles.

Have you been injured in a truck accident and need to talk to a lawyer? Call the Law Offices of Michael J. Gopin, PLLC today or visit our contact page for a free initial consultation.